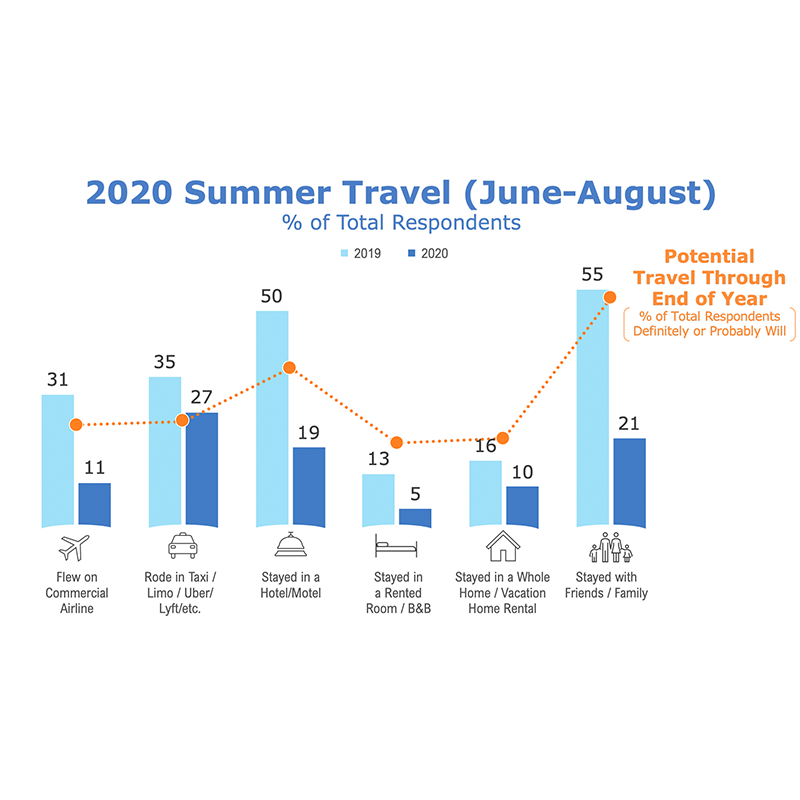 The seventeenth wave of the ongoing study by AMC Global (an international custom market research firm specializing in launch strategies and brand tracking) and OpinionRoute (a leader in insights process management) was released today. The research focused on Americans’ travel behaviors during the pandemic, and predicted travel plans for the remainder of 2020. Drastic drops in travel were uncovered in the study, particularly for air travel and hotels/motels, with some potential recovery predicted for the fourth quarter of 2020. Travel concerns cited by respondents include the cleanliness of hotel/motel rooms and the idea of being in confined spaces of planes and cars.

New results will now be released every other Thursday based on the previous week’s polling of U.S.-based general population of primary purchasers age 21+.

Key findings for the week of September 7:

A complete graphical representation of the travel response data can be found here.

© Copyright 2021 OpinionRoute. All rights reserved.
Terms & Conditions
Do Not Sell My Personal Information